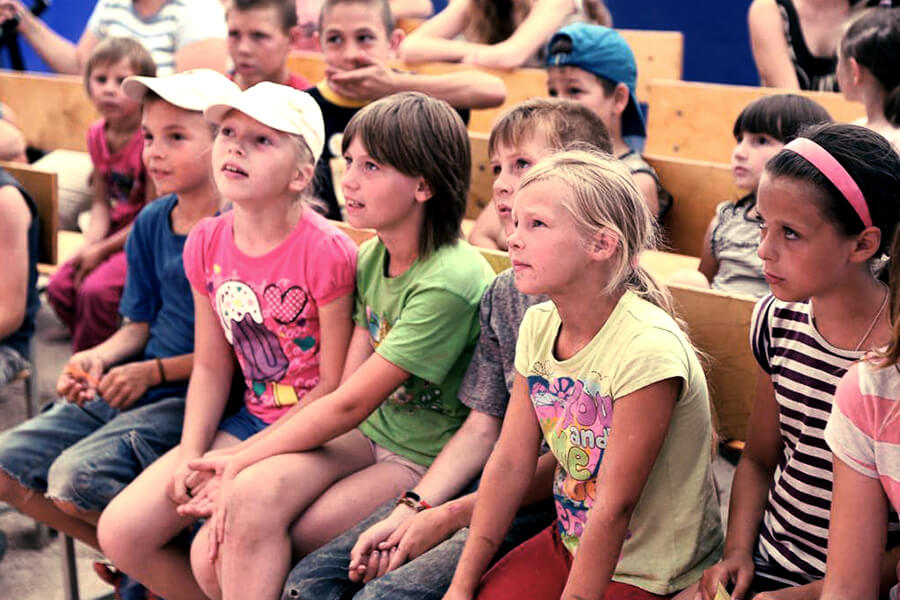 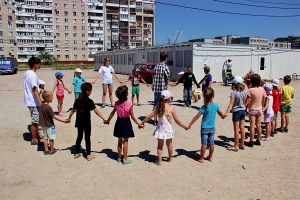 Zaporozhye, Ukraine has been flooded by refugees forced to leave their homes by the fighting in the nearby war zone. Refugee camps have been set up and in March, a Tomorrow Club leader saw a Facebook post about one of these camps that read: “There are many children there who just wander around – can somebody please come and do something for them?”

God touched hearts of Tomorrow Club teams through that post and they immediately made plans to start a Tomorrow Club for those children. We have learned that when God wants something done, He will do it despite the obstacles. God opened all the doors. Our team got permission from the local authorities and God brought together some devoted volunteers to work with the children on a weekly basis. After just three months, this team has been able to develop friendships and share Jesus with refugee children and their parents. Most of these families are unbelievers, and due to the difficulty of their living conditions, there is rampant and daily alcohol abuse among the adult refugees.

In June, when the club closed for summer holidays, God made it possible to hold a summer day camp for these refugee children. We put up a huge tent for the week and about 50 children attended each day. We saw that the children were hungry both physically and spiritually, and that Christ’s love made a difference in their hearts. We could see changes even two days after the camp started! Although there were challenging behaviors and some theft, the children listened attentively to God’s Word during the Bible lessons. We saw evidence that, as the Bible says, “when sin increased, grace abounded all the more”. (Romans 5:20) 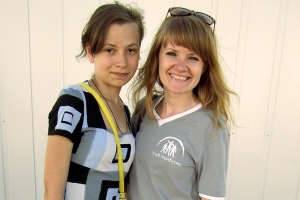 Zhanna, one of the kids in the refugee camp, is from a town in the Luhansk region which was not shelled much, but for safety reasons she and her mother moved to the Zaporozhe region. Her father stayed home and continues to live in their hometown to make sure their house is not looted. Although they talk on the phone every day, Zhanna misses her father and wants to see her other relatives again. Zhanna likes it in Zaporozhye, but life in the refugee camp is difficult. Some of the men in this transit town behave rudely towards the girls, a concern we prayed about in the club. When Zhanna heard the Word of God during the Bible lessons, she wanted to have a Bible of her own. One of the club leaders heard about Zhanna’s desire and brought her a Bible as a gift. As soon as she received her Bible, she actively began memorizing Scripture and seeking to understand the truths in the Word. She has earned the most points for Bible memorization of all kids in the club! The next big dream that Zhanna has is to go to Bible camp, and we are praying that God will make that happen for her. 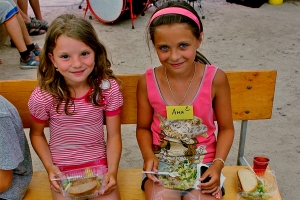 Along with various games, Bible lessons, and sports, our team also organized lunches for the kids. During the meal times, children were especially quiet because most of them were very hungry. They appreciated camp lunches so much that some of them ate three portions! If we had any food leftover, it was taken to the elderly people in this refugee town, who were very grateful for the provision. In the evenings, there was a special program for adults, and about 20 people came daily to learn about Jesus and simply experience fellowship. Most of them have lost hope because of the ongoing, terrible war. We pray with them that Jesus would become their new, lasting hope. Now, each week 10-15 adults from the refugee town come to a Bible study. Two of them have already repented and trusted Jesus! Praise God!

Many of these refugee children are anxiously looking forward to September when the weekly Tomorrow Clubs will resume. Please pray for these children and their parents and for permanent and long-awaited peace in Ukraine!