MY NAME IS WRITTEN IN HIS BOOK OF LIFE 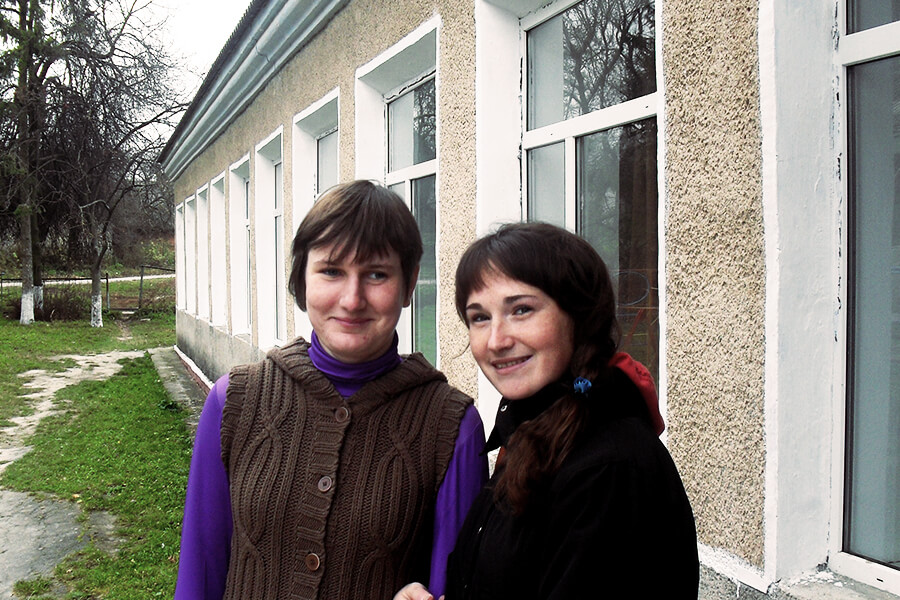 More than 25 Tomorrow Clubs operate in Ukrainian orphanages. Some of the children in these orphanages don’t have parents, but the majority have been removed from their homes because of abandonment, alcoholism, drug abuse, or imprisonment of their parents. Olena, pictured above with one of the Tomorrow Club leaders, is one of about 200 children living in an orphanage in a small western Ukrainian town where volunteers from a nearby city have been running a Tomorrow Club for about thirteen years. Over the years, we have heard many exciting testimonies about how God has worked in the lives of kids from this orphanage. Now Olena tells her story:

My name is Olena, I was raised in a dysfunctional family. My parents were heavily addicted to alcohol, and were often on drinking bouts. The situation got so bad that the social workers had to take siblings and I to the orphanage in Oryniv town. It was hard for us to be separated from our parents. We did not know what was worst, to see our parents drinking or being separated from them. We felt very lonely and had no idea what our life would be like in a future. After being in the orphanage for some time, we learned that there was a Tomorrow Club, run by volunteers from Kamyanets-Podolskiy. Through the club meetings, they shared the Good News with us and I learned how to pray and began understanding that God sees everything I do and estimates it. I also realized that the way I lived my life and things that I did were not right, so one day I made a decision that I should better live my life in obedience to Him.

Very soon, club leaders became good friends for us and shortly after I turned 15, I started feeling like I wanted to attend the church. I started attending the church services and youth services, where I discovered more about God. During one of the services, I realized that I needed to ask God to change my life, so I repented of all my sins and invited Christ in my heart.

Now I am sure that my name is written in His Book of Life. Since I repented, my life changed drastically: I am not involved into any of bad companies, I do well in studying but I think the most important is that, unlike most of the orphanage graduates, I did not follow bad example from my parents and learnt to live my life in accordance with the Scripture. Now I am getting ready to be baptized in the church. This is my story and I thank God for it.