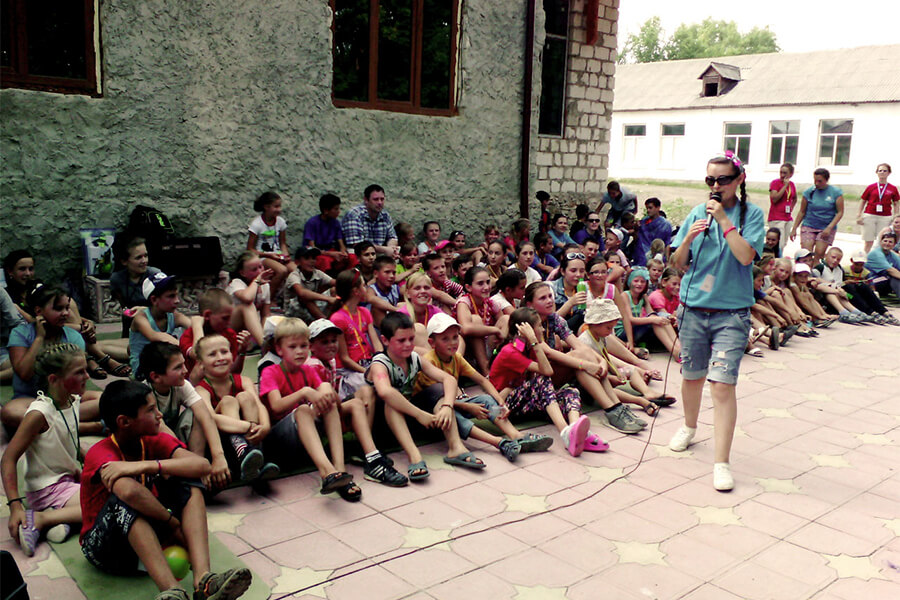 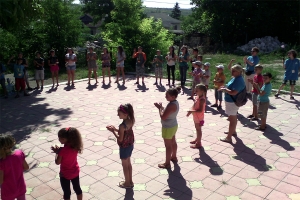 An English camp held in the town of Step Sochi was an event that proved meaningful to the entire local community.

Step Sochi is a village of about 2,000 residents, whose economy is based primarily on agriculture. Most people work at several large farms, while some grow grapes. The town is located along one of main roads that connects Moldova and Ukraine. Poverty and low income contribute to the desperation and alcoholism that are major problems in this community. Due to the lack of employment opportunities, some of the locals commute to the neighboring town, Orhei to work.

The town has two churches, Orthodox and Evangelical. The Evangelical church has about 20 members, mostly elderly people, so only the pastor was able to participate in the English Camp. The Evangelicals realize that without outreach, their church will soon disappear. They had been praying and searching for a youth program with young leaders, but were having a hard time finding someone that would work with kids on a regular basis. Tomorrow Club’s English Camp turned into “a real miracle for them”. It helped the local church not only to reach out to many new people and kids, but also to kick off a weekly Tomorrow Club, in answer to their prayers. 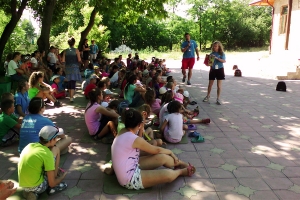 On Monday, Camp started with about 60 kids, with their number growing daily, reaching around 100 by the end of the week. The ages ranged from 3 to 15, and according to local believers, almost all the children in Step Sochi were reached by the Gospel.

The team ran the Camp in difficult conditions, as most of the activities were held in the open air in 90 degree heat, with a two-hour bus ride to and from the Camp site each day. However, the location turned out to a real blessing, because every day several parents came to see the program while keeping an eye on their children.

The main highlight of the camp was when all the children saw the Jesus film, after which many of them invited Jesus to come to their hearts. More than 20 parents had the chance to hear the Gospel at the closing program. One parent came to Edik, the camp director, and shared his story. He had been a Christian, but about 10 years ago, had lost his faith, divorced his wife and had been living only for his own pleasure. But on Friday, he asked for a New Testament, and said he was willing to restore his relationship with God.

We praise God for the opportunity to share the Good News with Step Sochi residents, and also with many children and their parents from neighboring towns. We give thanks to God for allowing Tomorrow Clubs to come to this village and for being a catalyst for revival in the local evangelical church.