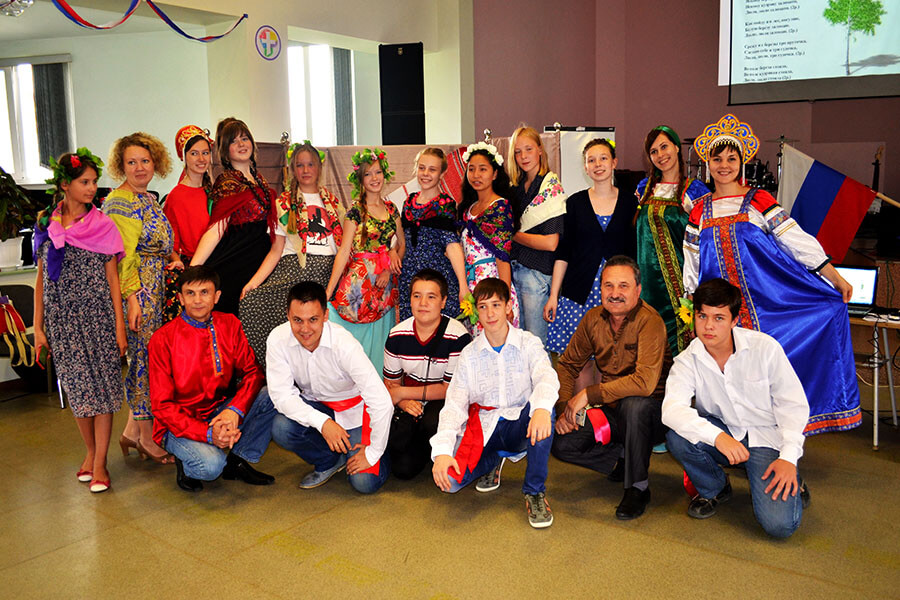 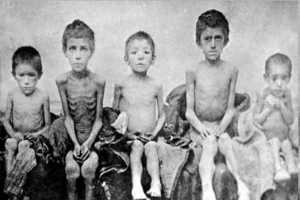 Between 1932 and 1933, 8 to 10 million Ukrainians were starved to death in an event called the “Holodomor” or death by starving. Many say that the “Holodomor” was caused by Stalin and the Communist regime, who deliberately targeted Ukrainians, depriving them of food because of their nationalist views and their opposition to the communist party.

In desperation, many Ukrainians fled their country to find food. Sakhalin, Russia’s largest island, attracted many Ukrainian refugees because of its abundant supply of fish, game and plants. Situated just north of Japan in the North Pacific, Sakhalin was more than a 7 day train trip from Ukraine. 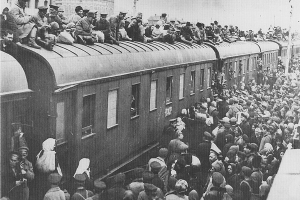 Among those making the 6,000 mile journey in the 1930’s were five people led by government worker Konstantin Baranik. As it turns out, this small band of refugees played a significant role in this summer’s Tomorrow Clubs camp on the island of Sakhalin.

What’s the connection? Konstantin Baranik was the great grandfather of Irina Rudenko who, along with her husband Andrei, directs the Tomorrow Clubs in Russia and Belarus. 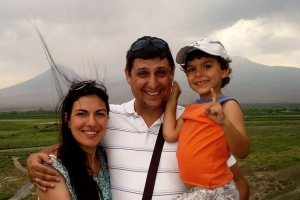 God put a burden on Irina’s heart for the Island of her mother’s birth, and for many years it’s been her passion to bring the Gospel to the children of Sakhalin through the Tomorrow Clubs.

The Sakhalin outreach had been in the works for 5 years, but each year something prevented the trip from happening. Even this year, it looked like the trip would fall through again when a group of people who were planning to come had to cancel due to unforeseen circumstances. But God brought a new team together and the Sakhalin trip finally happened! The Gospel was shared, friendships and bridges were built, children came to Christ, and a Tomorrow Club was started in this remote corner of Russia.

Ironically, Irina and her family were not able to make the trip to Sakhalin this year because on the first day of the Sakhalin camp, they were busy welcoming their second child, Sophia, into the world! Even so, we see God’s plan unfolding as the story that began when her ancestors fled to Sakhalin continues. 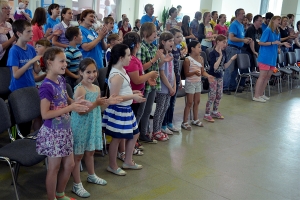 In a typical week long Tomorrow Clubs English camp, the kids participate in English lessons, Bible lessons, sports, dramas and games. Bible lessons are taught in smaller groups but near the end of the camp, the Jesus Movie for children is shown for the whole camp followed by an invitation to repent and trust Christ.

During the Jesus movie and invitation in Sakhalin, two young girls, Kastya and Yanna, were in tears. It was very apparent that Jesus was speaking to their hearts but they didn’t come forward to receive Christ. Later, when the opportunity was given again in their classroom to repent and receive Christ, they responded.

Leaders from the local evangelical church in Sakhalin decided to launch a new Tomorrow Club immediately following the camp. Through weekly club meetings, the seeds of faith planted in the hearts of many of the kids who attended the camp will take root and grow as local leaders teach and show them what it means to follow Jesus. Kastya and Yanna were at the first Tomorrow Club meeting. How amazing to see how God used a small group of refugees fleeing genocide in the 1930’s as a catalyst to bring the Gospel to Kastya, Yanna, and many others through the Tomorrow Clubs 85 years later!

Romans 8:28 – All things work together for good to them that Love God to them who are called according to his purposes. 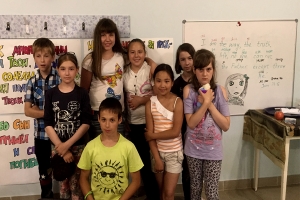 The eight children pictured here trusted Christ this year at the camp in Sakhalin. Kastya and Yanna are part of the group.

Rev 7:9-10 After this I looked, and there before me was a great multitude that no one could count, from every nation, tribe, people and language, standing before the throne and before the Lamb. They were wearing white robes and were holding palm branches in their hands. And they cried out in a loud voice: “Salvation belongs to our God, who sits on the throne, and to the Lamb.”