WITHOUT CHILDREN’S MINISTRY, NO CHURCH FOR ARMENIAN CHURCH PLANTER 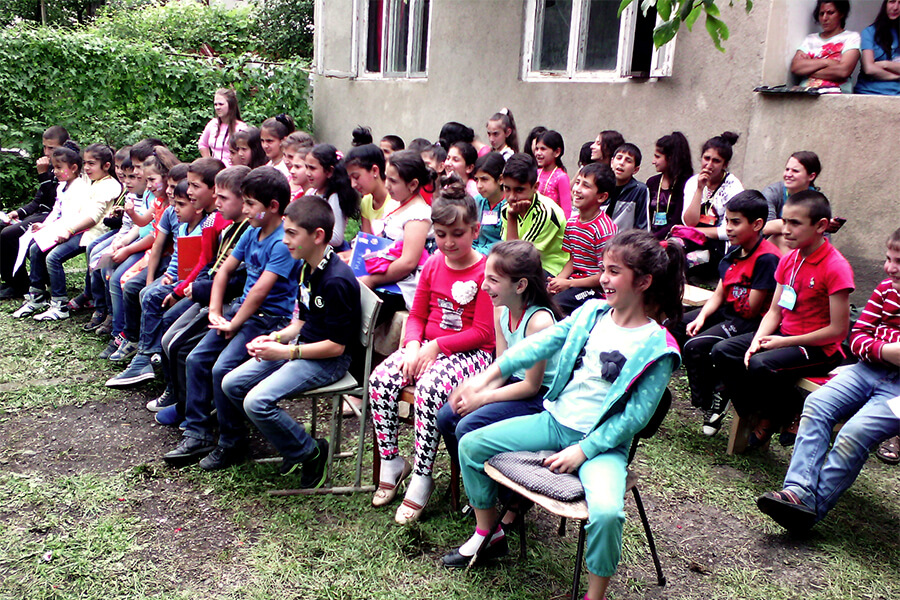 Not long ago, it was hard to imagine that the Republic of Armenia would become a new frontier for Tomorrow Clubs. Then, one year ago, our very first English camp in the country was run by a group of Americans. It was successful launch, and soon after 15 Tomorrow Clubs were begun throughout Armenia.

This summer we were especially blessed to run an English camp in Stepanavan, the town of about 15,000 residents in northern Armenia. This region is experiencing economic difficulty, including high levels of unemployment. Most of the locals identify with the Orthodox Armenian Church but do not actively practice their faith.

At one time, there was a Bible-teaching church in the town, but it died out. Eight months ago, Samson (a man in his 30’s), his wife and two of their children settled in Stepanavan to serve the local community as missionaries. In this area, local people have historically not been receptive to the Gospel, and Samson’s church had few attendees. However, God gave this missionary family encouragement when one of their neighbors came to know God and trusted his life to Jesus.

Samson had a clear understanding that without a children’s ministry, his church had no future. Samson was invited to a meeting where he learned about the Tomorrow Clubs ministry. He began praying for a Summer English Camp to promote the weekly Club to the community. Could this be God’s means of meeting his need? 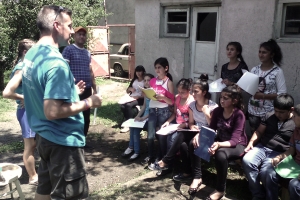 God answered Samson’s prayer and sent him a team of 8 Americans and 14 leaders to share the Gospel with the 50+ kids who attended the weeklong Camp. It was a great opportunity to share the love of Christ and His Word with the young people, most of whom heard the Gospel for the first time during the Camp. A real reward for the team was to see 10 kids respond to the call and trust their lives to the Lord. Seven children turned to God on Wednesday, after having seen the Jesus film. On the last day of the camp, three older boys decided to trust their lives to Jesus also, one of whom attended camp for the first time on that same day. He said that he found God and realized that the church is the place he needed to be.

Also on Friday, more than 15 unbelieving parents came to the church to see their kids perform. More importantly, they had a chance to hear the Gospel presented. Samson said he had never seen such a number of unbelieving adults at his church!

Another exciting report came on Friday, when leaders were buying snacks for the children from a local vendor. The woman they purchased from said: “Well, your camp is really special. Yesterday I heard all the kids in our street sing the ‘Hallelujah’ song.” Our prayer and desire is that each one of those children will one day be singing ‘Hallelujah’ before God’s throne in heaven.

We praise God for the success of the camp, the workers and local leaders, as well as for all the children who invited Christ into their hearts. We also praise God for the positive feedback from the local community and for the tremendous change in attitude towards Evangelical Christianity. May God use this influence to bring continued fruit for His kingdom through the church Samson is shepherding.

Please continue to pray for Samson and his family. Pray that God would help them with the new Tomorrow Club that will begin in September. Samson believes it could become a spark for revival in the Evangelical church in Stepanavan.