Hope for a troubled little rebel 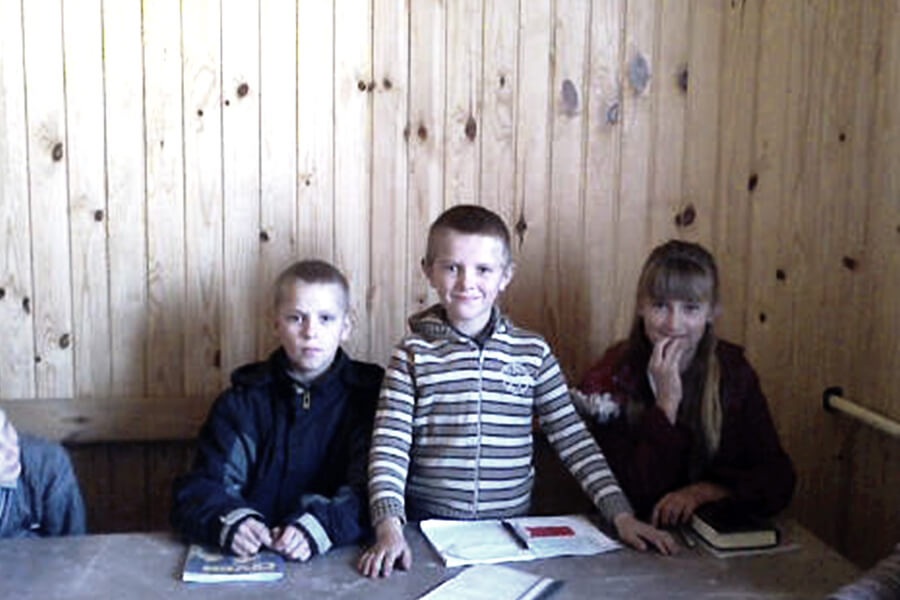 Our story is about a boy from the Club in Oleksandrivka, a farming village of about 500 in western Ukraine. Because of the lack of employment, a lot of working-age people tend to move to cities abroad to find jobs. Some who do not have that opportunity turn to alcohol, and many local children grow up in substance-abusing families. It is likely that many of these kids are affected with developmental and learning difficulties from fetal alcohol exposure. One such child is 9-year-old Dima. He and two of his siblings live in a dysfunctional family. His parents are alcoholics, and his grandparents died as a result of alcoholism. Although his great-grandmother was the first Christian in their village and the church services were held in her home for a long time, Dima lives in a godless family atmosphere. He did not have a positive example for social interactions and was an aggressive boy who fought with others and called them names.

Around the time of Dima’s birth, a Tomorrow Club was started in Oleksandrivka by a group of Christians from a neighboring town. About eighteen children now attend this club. Dima was invited and came to the club when he was five years old. Other attendees were afraid of Dima because he was quite unkind to them. When given his club curriculum book, he tore it up.

For the next four years, not many changes were seen in Dima’s behavior. But this year, Dima’s leaders report that “Dima was different”. The Club volunteers “barely recognized him”. When Dima asked for a Club booklet again, his leaders gave it to him with hesitation. This time, instead of destroying it, he wrote in it like the other kids. At the following Club meeting, Dima memorized a Bible verse and recited it to his club leader! The Dima who was once arguing and fighting is now friendlier and more considerate of others. He even attends church services. Praise God! Although Dima’s situation at home has not changed, God’s work is evident in his life. God is using the local Tomorrow Club to give Dima what he cannot find at home: the love of Christian leaders who care and exposure to the even greater love of God.