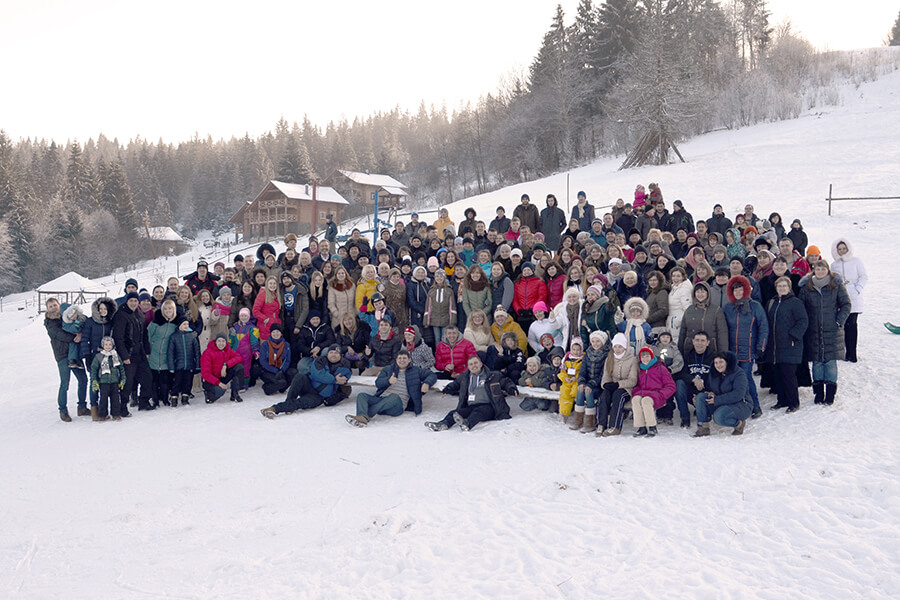 Tomorrow Clubs recently held the second annual International Training Conference for club volunteers, regional coordinators and country directors. The event took place in Ukraine. The purpose of this event is to help Tomorrow Clubs staff and volunteers grow in their faith and strengthen their serving and leadership skills.

Olexander Savych, a long-time pastor, spoke about the heart motivation and actions of a true servant of Jesus Christ.

Workshops provided opportunities for leaders to expand their collection of craft and hobby class ideas, which support the Bible curriculum. Time was provided for interaction between Club leaders so that they could encourage, support, and learn from each other. Gathering together gives our staff and volunteers a dedicated time to purposefully evaluate their club’s effectiveness and gain new ideas for making their club an even even better experience for the children. We are grateful that many of our workers report they await this event with excitement.

The country of Bosnia is a new frontier for Tomorrow Clubs, where the majority of the population identify themselves as Muslim. The opposition to the Gospel makes it a difficult area for Christian mission work. We were encouraged by the story of Jyriy, a first-time attendee of this year’s conference. Jyriy is a Ukrainian national who, with his family, has served Bosnia as a Christian missionary for the past 15 years. Despite death threats from Muslims, Jyriy continues to look for ways to reach this people group for Christ. Jyriy attended the Conference with the hope to begin a Tomorrow Club as a way to reach children and families in Bosnia with the Good News of Jesus Christ.

Another Conference highlight was the retirement of Yyriy Kipot, who has served faithfully as the Tomorrow Club Director since 2007. Under Yyriy’s leadership, we are thankful that God has opened many new regions of Ukraine for the Tomorrow Club ministry. Viktor Mikhailiuk, who had been the regional Coordinator in the Kiev region, will replace Yyriy as the new Tomorrow Clubs director.