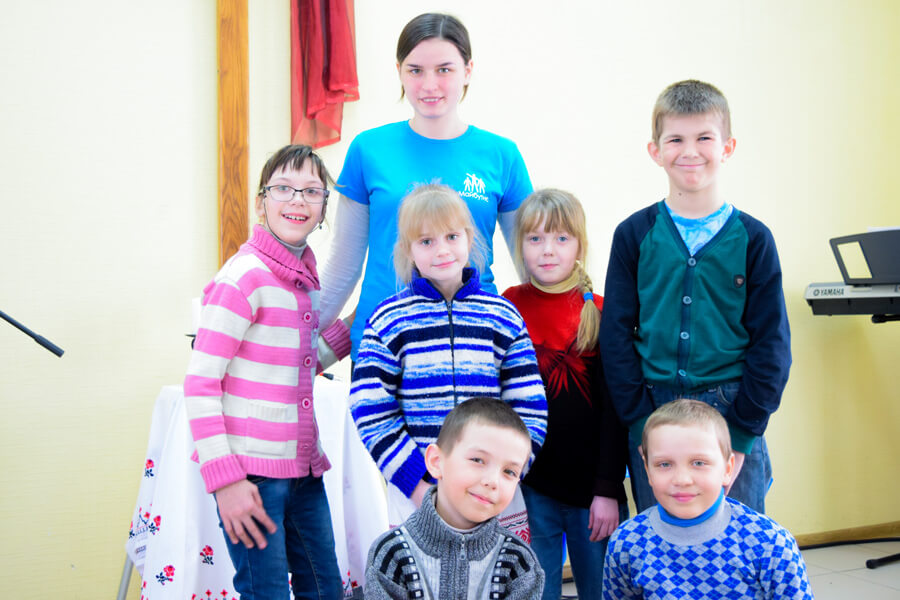 We recently celebrated the repentance of a girl living a very hard life. Natasha was born with one of her legs being much shorter than the other.

When Natasha was a child, doctors had said that a series of surgeries could correct her disability and she would be able to walk normally. Sadly, her alcoholic parents would not consent to the needed treatment. As the youngest child, instead of getting love, care, and protection, she was mocked and abused by her dysfunctional family. Her parents accused her of being a burden to her siblings.

The situation in her family kept getting worse. Natasha’s mother and father would go on drinking binges for weeks and finally, her father drank himself to death.

Natasha attended the Tomorrow Club in the small Ukrainian town of Stovpiagi since she was very young. All the club leaders knew her as an aggressive and closed personality. Sometimes she would sit in a corner for the whole club meeting. She often complained that she didn’t like any of the club activities.

Even though the club leaders could sense the hardness in her heart and found it difficult to communicate with her, the team always treated Natasha with love, acceptance, and respect. Amazingly, in spite of her hostilities, Natasha missed only a few club meetings during all those years!

About a year ago, the Tomorrow Club leaders started noticing a change in Natasha. She began smiling at them, and her behavior changed dramatically. Gradually, Natasha turned into a very nice person, open and friendly. She even started sharing her prayer requests.

Recently, Natasha came to a club meeting and announced that God had heard her prayers. She had been praying for her mother’s repentance and her mother had quit drinking! That club meeting proved to be the turning point in Natasha’s life. She repented and invited God into her life!

Natasha is still physically disabled, but despite that, she is filled with a strong desire to serve others and share the Gospel.

Natasha says, “I thank God for changing my life through the Bible verses I learned at the Tomorrow Club and for His truths that He sows in the hearts of the children, as well as in my heart.”