I am listening to Jesus! 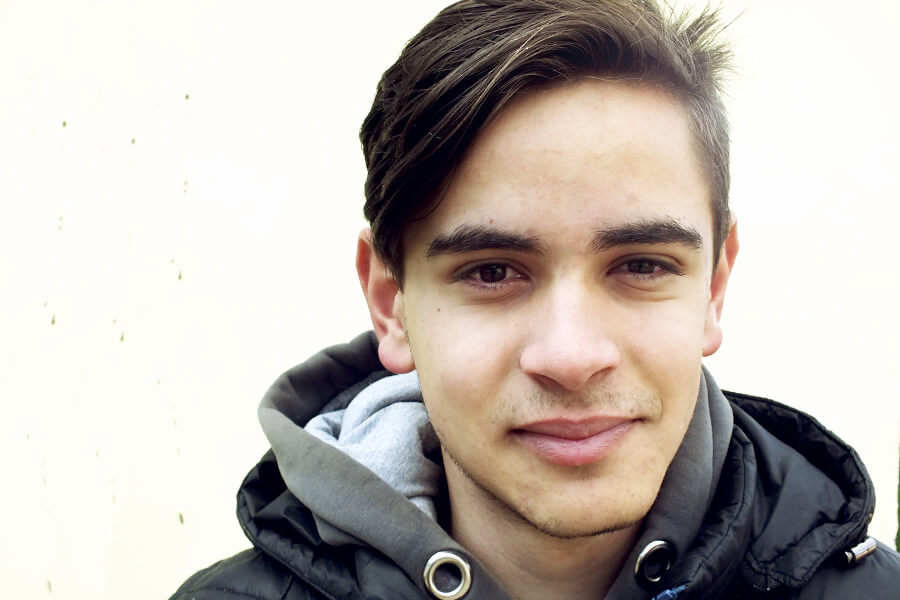 Raul was born into what is an all too common family situation in Roma communities. His father was unfaithful to his wife and uncaring toward his son. His parents divorced when he was only four years old, and Raul was physically abused by his mother and stepfather. The beatings became so bad that he decided to run away from home to find and live with his father.

Thanks to his grandmother, Raul found his way to the small Romanian village of Dumbrava where his father and stepmother were living. His mother never bothered to look for him. Like any other child, he hungered for love but found his stepmother constantly working to turn his father against him. Hatred for his parents and stepparents grew and began to consume him. He said, “Everything before me was black; all I could see was hatred. I wasn’t able to smile. All I could think about was how to hurt my parents; how to pay them back for what they had done to me.” 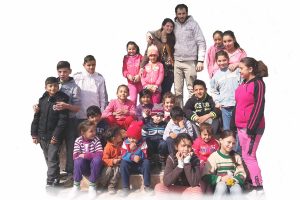 Raul began attending a day center for Roma children where there is a Tomorrow Club. He went to the Tomorrow Club meetings regularly and Daniel, one of the leaders, took him under his wing.  Daniel introduced him to Jesus and explained the importance of forgiving his parents and letting go of his hatred.

Under Daniel’s discipleship, Raul surrendered his life to Christ and wanted to get baptized. This brought on a whole new battle as his father and grandfather both objected to his decision, threatening to put him out of their home. The only time he ever talked to his mother was when she called to warn him that she would disown him if he got baptized. “You already disowned me” he said, “why should I listen to you? I’m listening to Jesus! Even if I end up living on the streets I won’t let go of Jesus’ hand, because He’s not letting go of mine!” 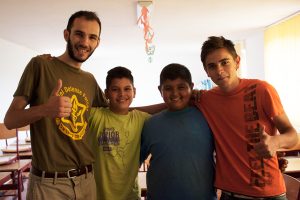 Raul spent many evenings praying with Daniel because he felt Satan was tempting and attacking him through his family. He remembers, “I came to Daniel like a beaten dog, asking him to pray with me, and I left feeling like a bull!” When the day came for Raul to publicly declare his faith, he was worried his family would disrupt the church service, but God protected him and he was baptized.

A few months later Raul finished the 8th grade. With illiterate and indifferent parents, it’s unusual for Roma youth to go to high school; in fact, many don’t go to school at all. But Raul understood education was important in breaking the cycle of poverty he had grown up with. With God’s help he passed all the exams and became the first Roma from his village to attend high school!

As he started high school in a different town, he was finally free from his family’s harassment. He soon found however, being a Roma and a Christian made him a target for bullying by his fellow schoolmates. They often hurt him and would tie his hands and his feet so he’d miss his classes. He was even tied to a pole on a very cold winter evening. One night four boys from his dorm got very drunk, vomited in his room, and passed out on the floor. Instead of seeking revenge, Raul took them one by one to the bathroom and cleaned them up. He was the Good Samaritan tending to the wounds of his enemies.

Raul is now a sophomore and comes home to Dumbrava every weekend. He loves to visit his leader and mentor, Daniel, and is filled with unending gratitude for his salvation and for the Tomorrow Club where Daniel patiently taught him how to follow Jesus.