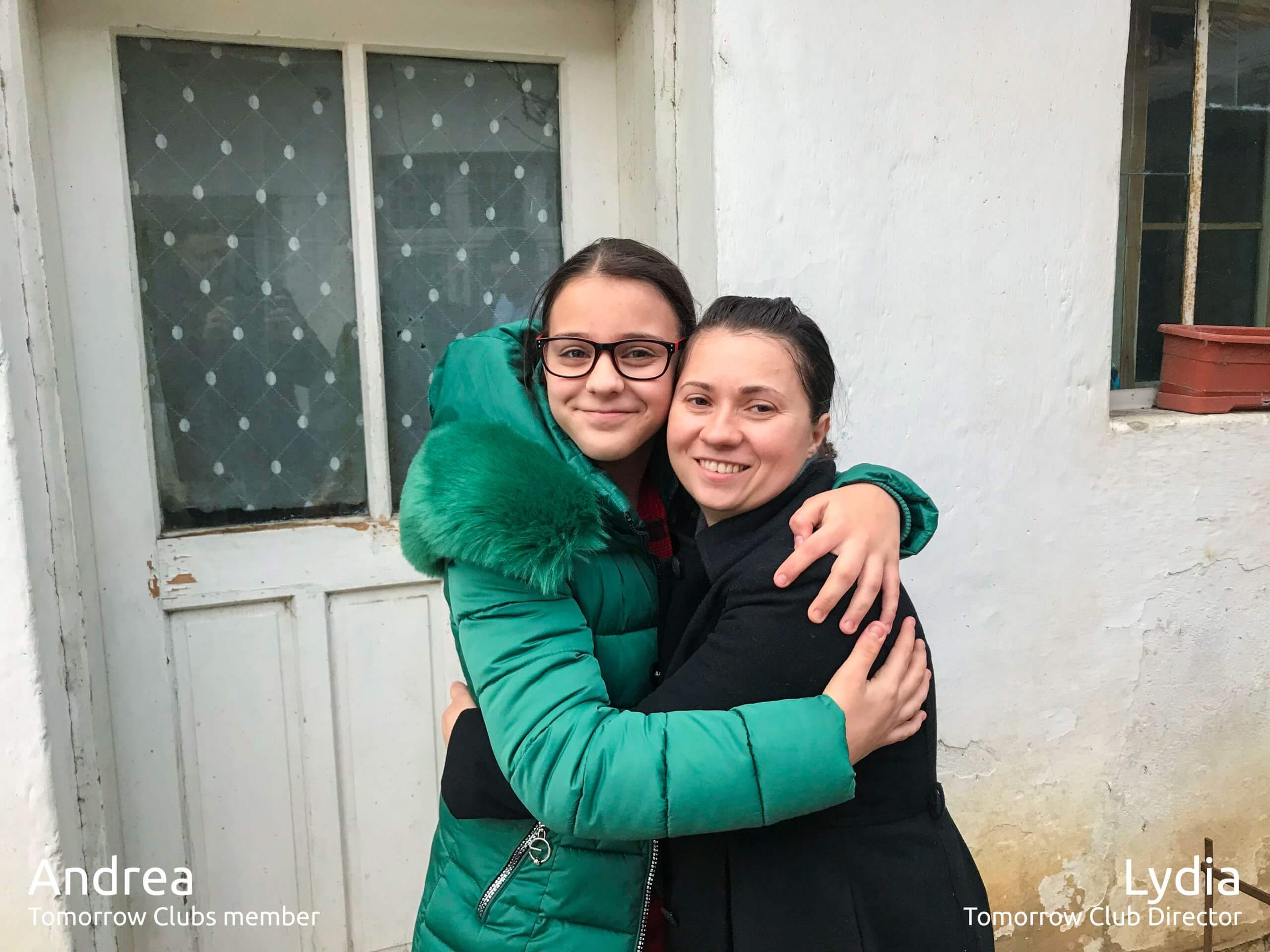 Andrea’s life got off to a rough start. When her mother abandoned her at three months, she faced the dire prospect of time in a Romanian orphanage, an institution known for neglect and abuse.

Fortunately, she was placed in foster care with a good family whom she grew to love. Like many orphans, Andrea struggled with feelings of insecurity and inferiority. When her foster father became ill with cancer, she spiraled into despair, overwhelmed by the fear of losing him.

The waterfront park in the town of Orsova is a favorite place for children to play. While there one day, ten-year-old Andrea noticed a group of children listening attentively as a young woman told a story. The woman spotted Andrea watching timidly from a distance and came over when the meeting ended. “I’m Lydia.” she said, and a life changing friendship was born.

Following God’s call, Lydia and her husband had come to Orsova to minister to kids. When they met, Lydia was just starting a Tomorrow Club and Andrea became one of the first members. It was difficult at first for Lydia and the club leaders to break through Andrea’s shell. Her unhappiness and low self-esteem were ruling her present and painting a bleak future.

Under Lydia’s loving discipleship, Andrea began to open up about her hurts and fears and over time, she came to understand the Gospel. She learned to pray and trust in God even when it looked like her father would die from cancer. Finally, the day came when at home, by herself, she surrendered her life to Jesus. The transformation was stunning.

Andrea is now a 13-year-old beacon of joy, overflowing with enthusiasm and confidence. She has joined the church and attends regularly with the Tomorrow Club leaders. Once a struggling student, she is now at the top of her class. Best of all, the prayers of the Tomorrow Club in Orsova were answered when doctors confirmed that her foster dad’s cancer was gone.