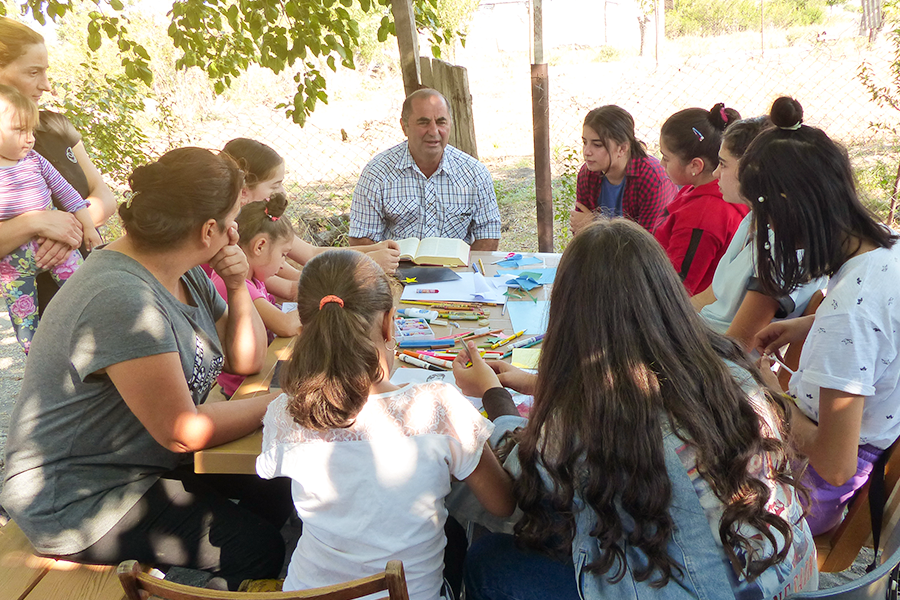 It’s hard to imagine a place much more remote than the village of Sabatlo. Situated at the edge of Europe near the border of Azerbaijan, this little community in the Republic of Georgia is home to hundreds of Armenian refugees.

Fifteen-year-old Armik lives with her family in the refugee settlement where poverty and substance abuse are rampant. Her parents are unbelievers and have little reason to hope for a better future. Like most families, they depend heavily on their garden for survival.

Two years ago, a missionary came to Sabatlo and organized a summer camp. Armik attended the camp and then became a member of the Tomorrow Club that opened after the camp. Now, filled with faith and hope, she dreams of becoming a doctor.

In the video, Armik talks about how she learned to follow Jesus in her Tomorrow Club and put her trust in Him as her family faced some very hard times.